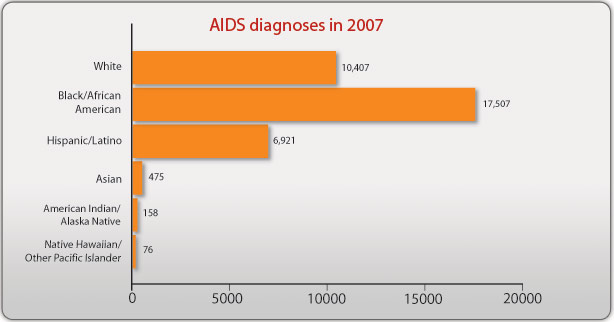 The growing epidemic among black women in the U.S. reflects a global trend.  The World Health Organization’s estimate (via AIDS.org) is that there are over three million women with HIV in the world, most of them in Africa. In fact, one in 50 women in sub-Saharan Africa is infected with HIV.  AIDS is the leading cause of death for women ages 20-40 in major
cities in the Americas, Western Europe, and Africa.   The fact that this disease is shape-shifting into one what disproportionately affects black women both here in the U.S. and globally raises important questions about whether or not we will, collectively, be able to put aside our racism (and sexism) to address this epidemic.

As you go to a service, attend a vigil, or just hold a good thought or observe a moment of silence on this World AIDS Day, reflect also on the ways that racism shapes the epidemic and who we lose because of it.  If you care about racial and gender equality, you need to start paying attention to HIV/AIDS.  IF you’re concerned about HIV/AIDS, you need to start learning about racism and sexism.