If you wish to gaze upon the depth and breadth of America’s racial divide–particularly the canyon-like gulf between white folks and black folks–you need look no further than the recent incident involving Harvard Professor Henry Louis Gates Jr., Cambridge police officer James Crowley, and now, President Obama who weighed in on the matter a few nights ago, when asked for his reaction to Gates’s arrest on charges (since dismissed) of disorderly conduct. In this case, as with so many other news stories that have touched on race–the O.J. Simpson trial and the aftermath of Hurricane Katrina as just two of the more obvious examples–whites and blacks, generally speaking, and with obvious exceptions on both sides, see the story and the racial component of the story in fundamentally different (often diametrically opposed) ways.

To hear most white folks tell it, Gates was to blame. Yes, he was only trying to enter his own home when a white woman saw him (as well as his driver), assumed they were burglars and then convinced another woman to call the cops on her behalf. And yes, he produced identification for the officer when asked, indicating that he was indeed the resident of the house to which the officer had come to investigate the initial call. But because he became belligerent to Sgt. Crowley, and because he unfairly called Crowley a racist, he is guilty of escalating the situation, and thus, is the bad guy in the scenario. Meanwhile Crowley, according to the dominant white narrative, spread by media far and wide, is a wonderful and thoughtful cop, who is hardly a racist–after all he teaches a diversity training class and once gave mouth-to-mouth-resuscitation to a dying black athlete–and who was inappropriately smeared: first by Gates who accused the officer of asking him for proof of residency only because he was black, and then by Obama, who said the police had acted “stupidly” in arresting the esteemed professor in his own home.

Such a perception on the part of whites makes sense, given the white racial frame, as sociologist Joe Feagin calls it, through which most whites view these matters. That frame says, among other things, that as long as you are respectful to police, nothing bad will happen to you (thus, if something bad does happen to you it was likely your own fault), and secondly, that there can be no racism involved in an incident unless the person being accused of such a thing clearly acted with bigoted and prejudicial intent. In this case, since Gates mouthed off and Crowley is, from all accounts, hardly a bigot, the case is closed so far as the dominant white narrative is concerned. END_OF_DOCUMENT_TOKEN_TO_BE_REPLACED
Tweet 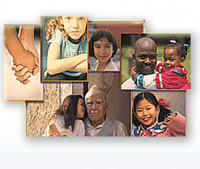 CNN’s Don Lemon speaks with a panel about racial profiling in America. The panel includes Prof. Andra Gillespie (Emory University), Tim Wise (antiracist writer and activist) and James Andrews (social media entrepreneur). The conversation is only available in two clips from CNN, I’ll post them both. The first one here is about (4:45).

And, here’s the second part from CNN (7:36) which is where Prof. Gillespie and Tim Wise discuss the difference between ‘having a racist moment’ and working on one’s own individual issues of prejudice and racism:

We’re often critical of mainstream news coverage of racial matters, but I thought that this was a step in the right direction, even if it was all too brief and necessarily superficial. The panel seems to agree that the Gates’ arrest represents a ‘teachable moment’ in American culture. What are your thoughts?