As with his previous books, trouble with William Julius Wilson’s More Than Just Race begins with its title: Is there anybody on the planet, in academic or popular discourses, who believes that black disadvantage is “just race”? Is Wilson merely shadow boxing? Has he set up a straw argument, making a caricature of his opponent, all the better to demonstrate the rectitude of his position? Is the book an answer to critics who assailed him for undercutting the black protest movement by proclaiming that race was of “declining significance”?

The fierce debate that followed the 1978 publication of  The Declining Significance of Race was a reiteration of a longstanding debate on the Left. On the one hand, there are those in the Marxist tradition who subsume race to class and contend that the problem of race is primarily one of economic inequality. On the other hand, there are those in the black radical tradition who insist that it is not “just class,” not only because we are left with the legacy of slavery, but also because racial discrimination, especially in the world of work, is still systemic and widespread. On this view, the problems of African Americans are fundamentally different from those of other exploited workers, requiring different policy remedies. But neither side of the race/class debate is so simplistic or obtuse as to assert that either race or class operates to the exclusion of the other. Indeed, over the past twenty years a consensus has emerged concerning the “intersectionality” of race and class (a problematic that W. E. B. Du Bois wrestled with throughout his long life). Hence, Wilson’s epiphany, that race and class are “entwined,” has long been accepted as axiomatic by both sides of the race/class debate, and one wonders whether his book, with its dubious title, was even necessary.

Another problem with Wilson’s title is that it doesn’t quite match the thrust of his book, which is preoccupied with another academic squabble: the structure/culture debate. On the one hand, there are those who emphasize the role that major societal institutions play in throwing blacks into poverty and limiting their avenues of escape. Others, however, locate the sources of black disadvantage in an aberrant ghetto culture that, or so they claim, perpetuates poverty from one generation to the next. Wilson steps into this breach, methodically reviews the knowledge claims of both sides, and alas concludes that structure and culture are “entwined.” Had he been faithful to his argument, Wilson would have titled his book, More Than Just Structure. 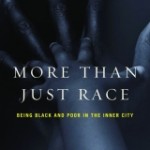 In his laudatory review of More Than Just Race in the New York Times Book Review, Richard Thompson Ford echoes Wilson’s claim that “the vitriolic condemnation of the Moynihan Report effectively closed off a serious academic focus on the culture of poverty for decades, robbing policy makers of a complete and nuanced account of the causes of ghetto poverty.” Now, it is undeniable that Moynihan was pummeled, but not for bringing to light compromising details concerning black families. Rather Moynihan came under fire for inverting cause and effect. Instead of blaming joblessness and poverty for the fracture of black families, Moynihan blamed the “weak black family,” going back to slavery, for the litany of problems that beset the black poor.

Moreover, it is preposterous for Wilson and Ford to suggest that reaction to the Moynihan Report short-circuited a full vetting of the culture of poverty thesis since this has been the reigning precept behind public policy over several decades, culminating in the passage of the 1996 Personal Responsibility and Work Opportunity Act that abolished entitlements for poor people that had been in place since the Depression. Indeed, Wilson should reflect on what the obsession with ghetto culture has wrought. END_OF_DOCUMENT_TOKEN_TO_BE_REPLACED 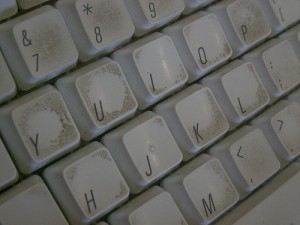