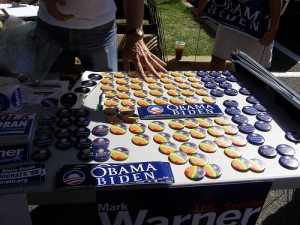 Perhaps.     But, let’s look at some data and see what we know about white guys and whether or not I might have misjudged them.

Survey & Interview Data. If you ask white people if they hold overtly racist attitudes, they’ll tell you that they don’t.   There’s lots of survey data that shows a decrease in the percentage of white people in the U.S. who say they hold explicitly racist views. And, given sociologists love of the survey data, way too many discussions of racism stop right there unfortunately.  It’s unfortunate because it doesn’t give a full enough picture of what’s going on with white people and race, and in particular white guys.   However, if you ask white people in the “backstage” (or private settings) what they really think, they reveal more. A study of 626 journals kept by white college students at twenty-eight colleges in the United States revealed that young white people think and speak in overtly racial, if not racist, terms.  And, if you ask black people – even middle-class black people – if they’ve experienced racism, you will learn that this is commonplace.

Housing. Racial segregation in housing continues to be a form of American Apartheid, as Massey & Denton explain in their award-winning sociological research.  They argue quite convincingly that the fundamental cause of poverty among blacks is residential segregation.   The mechanisms of this housing segregation operates at both the individual level – when white real estate agents steer them blacks into the black neighborhoods and tell blacks that  lots in the white areas are sold or quote them inflated prices, and when white residents flee the few black neighbors who manage to get into predominantly white neighborhoods – and at the institutional level, as the resulting decrease in the tax base and increase in the crime rate cause the process of ghettoization to begin again.   This pattern of racial segregation in housing lays the groundwork for other forms of discrimination and inequality.

Education. So, for example, in the affluent, suburban (Long Island) Manhasset, where 80% of the students are white, the spending is over $20,000 per pupil, in contrast to New York City where the proportion of white students is 15% and the spending is around half that, $10,000 per pupil (“School Funding in Selected School Districts in the New York City Area,” Urban Justice Center’s January 2008 Racial Realities report). While money does not guarantee a quality education, it can and does influence a variety of educational outcomes, like graduation rates and likelihood of going on to college.  Teachers act as powerful gatekeepers in deciding – often at very early ages – which students are “college bound” and which are “bound for jail.” Not surprisingly, it is black and brown students, and predominantly young boys, who at 10, 11 and 12 years old, are described by white (predominantly female) teachers as “bound for jail,” (see Ann Ferguson, Bad Boys, University of Michigan Press, 2000). The flip side of that is that white boys, even those of mediocre academic ability, get access to elite educations.  Of course, this inequality contributes to two very different pathways: one toward employment, income and perhaps eventually wealth, the second toward unemployment, poverty and incarceration.

Employment, Income & Wealth. White people are much more likely to be employed, and to earn more in those jobs, than blacks or Latinos. Among whites, men are more likely to be in full-time employment than white women.  Not surprisingly given these preconditions, white guys out earn all other race/gender groups pretty significantly. In 2006, the unemployment rate in New York City was 4.9% — the lowest rate in years. Yet, despite this relative prosperity, blacks (7.4%) and Latinos (6.1%), still experience recession-level unemployment rates (from the Urban Justice Center’s January 2008 Racial Realities report).  And, this trend exists at the highest levels of corporate America.  According to William Domhoff, a leading sociologist on the subject of the corporate elite,  although corporations were under pressure to diversify their boards beginning in the 1960s, and picking up real steam in the 1980s, in terms of adding women and people of color,  yet, most corporate directors are white males (Zweigenhaft & Domhoff, 2003, Chapter 7; Zweigenhaft & Domhoff, 2006; Zweigenhaft & Domhoff, 1998).

Unemployment, Poverty & Incarceration. As Jeffrey Reiman has so persuasively argued in his book, The Rich Get Richer and the Poor Get Prison, being poor is a major risk factor for incarceration in this country.   Race intertwines with this economic pattern in ways that call on both institutional and individual racism, and plays out in New York City and state in pernicious ways.  In a 2008 study by Queens College sociologist Harry G. Levin and Deborah Peterson Small, an attorney and advocate for drug policy reform, called “Marijuana Arrest Crusade” (.pdf), finds that between 1997 and 2007, 52 percent of the suspects were black, 31 percent Hispanic and only 15 percent white. This sort of systemic racism in arrest and incarceration rates is rooted in policy-level racism in legislation such as the Rockfeller Drug Laws. These laws require harsh prison terms for possession or sale of small amounts of drugs, and are named for Governor Nelson Rockfeller of New York, from the wealthy robber-baron family, who passed these racist laws in 1973.   Who benefits from prison economics? (.pdf) In fact, prisons provide few economic benefits to local communities.  Instead, the main benefits that accrue from the era of mass incarceration go to white male politicians in the form of votes.

White Guys & an Obama Presidency. On the face of it, there seem to be a lot of social advantages to being a white guy.  Yet, it seems that as a group, white guys are plagued by anomie.  Even as their income, education and occupational prestige are at all time highs, white guys are at higher risk for suicide than ever before, while suicide rates for blacks are declining.

Of course, some white guys will vote for Obama and wear their Obama buttons proudly while racism continues to play a role in voting behavior and political-button-wearing.   But voting behavior and the political-button-wearing are relatively small data points in a much larger, more complex picture (parts of which I sketched out above) about racism and racial inequality in the U.S.  While this campaign may be viewed by some on the left as a referendum on the intractability of racism,  it’s not the end of this particular system of oppression.   Come November 4th, I hope we’re all celebrating an Obama victory and an end to the long nightmare of the conservative movement.   If that happens, it will be an incredible victory for social progress and for people that care about all forms of equality, including racial equality.

And yet, even if there is an Obama victory and all the white guys start wearing Obama buttons, there is almost nothing in any of the policies or speeches that suggest an Obama presidency will take any significant action to dismantle structural or individual racism or racial inequality (despite fears on the right).  What I predict will change the most about racism under an Obama presidency is that the white guys wearing the Obama buttons will refuse to take racism seriously.