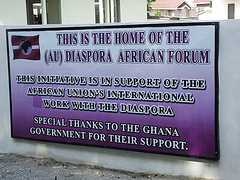 The Washington Post is reporting that the traffic is up at white supremacist sites (hat tip to Bryan for letting me know about this article). The drive behind this increased interest in the white supremacist message seems to be Sen. Obama’s historic victories in the Democratic primaries. Estimating the number of hate groups and hate sites is always difficult, and now, that number is an ever-moving target. One of the experts interviewed for the article, Deborah Lauter, civil rights director for the Anti-Defamation League, observes:

“The truth is, we’re finding an explosion in these kinds of hateful sentiments on the Net, and it’s a growing problem,” said , which monitors hate group activity. “There are probably thousands of Web sites that do this now. I couldn’t even tell you how many are out there because it’s growing so fast.”

While there’s little to suggest that the white supremacist sites are going to launch a serious political challenge to Obama’s candidacy, but you can be sure that the struggle over race, racism and white supremacy has shifted to the Internet. Indeed, as the Washington Post article notes, earlier this month, Obama’s campaign launched its own site to refute the rumors that hate-mongers spread on the Internet. The site lists a series of myths and lies about Obama — that he is Muslim; that his books contain racist passages; that his wife, Michelle, used the word “whitey” — and debunks them.

At the same time, white supremacists are also engaged in a struggle over racial truths and myths online, according to the article:

Don Black spends 16 hours each day on his laptop computer reading hundreds of derogatory Obama comments posted on Stormfront.org, a Web site with the motto “white pride world wide.” A site that drew a few thousand visitors per day in 2002 has expanded into Black’s full-time job, attracting more than 40,000 unique users each day who can post on 54 different message boards…

The article goes on to note that “almost all” white supremacist websites are reporting an increase in traffic. In my new book, Cyber Racism, I explore what the real threat of these sites might be. I argue that there are three main threats, including: 1) easy access and global linkages (white supremacist discourse is easier to access because of the Internet and it’s easier for white supremacists to connect with each other); 2) harm in real life (sometimes, white supremacists take violent action against people based on their beliefs); and 3) cultural values (in other words, these sites represent a threat to the way we acquire and produce knowledge about race, racism and civil rights in the digital era). To illustrate that third threat, about how racism online threatens cultural values and our ways of knowing, let me share a quote with you from David Duke, another white supremacist who is quite active online:

“The Internet gives millions access to the truth that many didn’t even know existed. Never in the history of man can powerful information travel so fast and so far. I believe that the Internet will begin a chain reaction of racial enlightenment that will shake the world by the speed of its intellectual conquest.”

As David Duke suggests in this quote, his goal in bringing white supremacy to the Internet is “racial enlightenment” by making “the truth” available to millions via the Internet. Duke’s brand of white supremacy seeks to undermine hard-won political battles for racial and ethnic equality by rearticulating an essentialist notion of white racial purity using the rhetoric of “civil rights.”

As the lived experience of the civil rights movement fades with time, hard-won political truths about racial equality slide into the realm of mere opinion, open to multiple interpretations. In my book, I discuss at length what’s at stake here with cyber racism, but for now, let me just share a couple of brief examples. In interviews I conducted with young people as they surf the Internet for information about “civil rights,” I asked them how they interpreted the sites they were reading. In the first example, a young (teen-aged) woman reads a cloaked white supremacist site describing American slavery as a “sanitary, humane, relaxed” institution, and remarks, “well, I guess there’s two sides to everything.”

In another example, a different young woman, reading a legitimate civil rights site associated with The King Center in Atlanta, questions the site’s validity because, “it’s created by his widow, so it could be biased.” The two sites, and the two misinterpretations of them, suggest that the very ideas of “civil rights” and “racial equality” become eroded within a digital media landscape that renders all websites more or less equivalent. While the cloaked site and the King Center site both present information from differing points-of-view, just saying that each is “biased” is to misunderstand the larger meaning here. It’s precisely taking into account the standpoint of the site and the reader — whether situated in the white supremacist movement or in struggle for civil rights and against racism — that facilitates the more accurate reading.

As white supremacists shape the online struggle for definitions about race, racism, civil rights, indeed for “truth” shifts in the new digital landscape, we need more and better critical thinking about race, that is informed by standpoint theory.