I recently saw the “Sex and the City” movie, 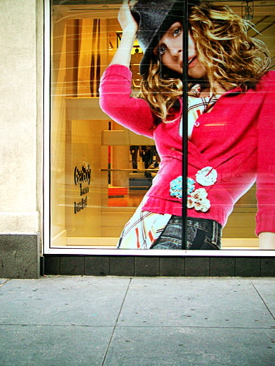 which continues where the television show left off (photo credit: drp).  If you’re  unfamiliar with this phenomenon of popular culture, “Sex and the City” was an HBO series about the deep friendship between four single women in New York City and their romantic and sexual relationships with men. The show has been alternately described as the series that made it “cool to be single,” and has also received attention for its depictions (often graphic) of women as sexual subjects rather than simply as objects. Carrie Bradshaw, Samantha Jones, Charlotte York (later York MacDougall and then York Goldenblatt), and Miranda Hobbes alternately questioned and reinforced commonsense assumptions about gender, sex, friendship, relationships, and love.

I can openly acknowledge that I enjoyed “Sex and the City” (the show and the movie) for its depictions of women’s friendships and the central role these ties play in contemporary women’s lives. However, watching the “Sex and the City” movie confirmed for me something unpleasant that I’ve long suspected about the show. Despite being sometimes shocking, often hilariously funny, and always provocative, “Sex and the City” has a real racial problem.

The show was frequently and heavily criticized for its racial homogenization of New York City. During the first and second seasons of the show, minorities were rarely depicted in any scenes. The four protagonists of the show are white women, and while this is technically sociologically accurate (in the sense that friendships, like most aspects of American life, are unfortunately quite segregated), the deletion of any people of color from background scenes, street scenes, and everyday life is a gross misrepresentation of the demographic realities of New York City.

In the third season, the show attempted to correct this by introducing an interracial “relationship.” However, in this episode, “No Ifs, Ands, or Butts,”  Samantha—the member of the quartet known for her voracious sexual appetite and appreciation for anonymous sex—has a sexual relationship with a black man that is eventually undermined by his disapproving sister. The sister is depicted as an “angry black woman” who irrationally opposes their relationship because Samantha is white. The black man is referred to on the show as a “big black pussy” who can’t stand up to his domineering sister to continue his sexual relationship with Samantha. This type of pandering to racial stereotypes—a controlling black woman who emasculates a black man—does not represent progress from the preceding season’s virtual omission of other racial groups. Racist stereotypes are not, in my view, better than nothing at all.

Miranda’s relationship with Robert, a black man, in season six, was in many ways an improvement over Samantha’s sexual/racial excursion in season three and perhaps represents some evolution on the writers’ and producers’ behalf. Unfortunately, any progress came to a crashing halt with the racial representations in the “Sex and the City” movie. In the film, we meet Lily, Charlotte’s ever-present but curiously silent adopted Chinese daughter. This depiction is uncomfortably evocative of other stereotypes of voiceless Asian American women, which reinforce the image of their passivity and controllability and further justify their labor market exploitation. There are also the Mexican workers at the resort who are only there to serve the four main characters. Lest I forget, there’s also Miranda’s charge to follow the “white guy with a baby” as a way to locate an available apartment in a gentrifying neighborhood.  Hooray for revitalization. 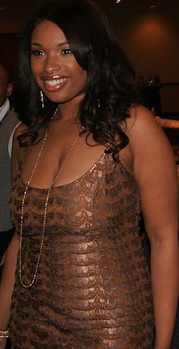 Then there is perhaps the most problematically-rendered minority character in this film.  In what some reviewers have described as an attempt to “pass the torch,” the movie features Academy Award winner Jennifer Hudson in a supporting role (photo credit: Sharyn Jackson). Some have argued that Hudson’s character Louise is supposed to be a younger, newer version of what Carrie Bradshaw initially was—idealistic, romantic, and looking for love in the big city. However, if this is the case, then why is Louise cast in such an obviously subservient role as Carrie’s personal assistant?

This is a disappointing throwback to the Mammy image of earlier films—the darker skinned, full figured black woman who was content to tend to her white family at the neglect of her own, and who typically was responsible for providing emotional support and nurturance to a white woman who couldn’t take care of herself? This image is present in “Gone with the Wind,” “Imitation of Life,” and as noted sociologist Patricia Hill Collins brilliantly describes, is updated in several contemporary media depictions. I recognize that aspects of Louise’s personal life are shown, and this is a minor improvement from the prototypical Mammy who had no life outside of caring for her white family. However, it’s still problematic that an Academy Award winning, brilliantly talented young black actress is not cast in a role that is on equal footing with the central character. If the sole intention was for Carrie to pass the torch to Louise, then why couldn’t she have been cast as a young, up and coming writer that Carrie meets and mentors? Is it necessary for Louise to clean up Carrie’s apartment—and her life—as well?

The decision to put Hudson in this role has so many implications. Let’s not forget that we are in the midst of a presidential campaign season where many white women have accused black women of failing to follow a feminist mandate to vote for and support the (white) woman candidate. I have to wonder if the ways in which black women are packaged into recognizable media caricatures plays a role in shaping white women’s perceptions of us. Do these types of representations contribute to some white women’s ideas that they should lead and black women should follow? It’s images like these, though, that undermine the myth of sisterhood and some white feminists’ desire to believe that gender is the “most restricting force in American life.”  When your fictionalized “sisters” seem to believe that your primary job is to clean up their emotional and personal messes—not to mention their expensive Manhattan apartments—it’s hard to think that it’s only gender holding you back. When your real-life “sisters” astutely decry how sexism undermined Hillary Clinton’s campaign but are silent about the racist and sexist descriptions of Michelle Obama as Barack Obama’s “baby mama,”  it doesn’t do much to promote the gender-based unity these white feminists want to see deployed to Hillary Clinton’s benefit. It does suggest to me that the longstanding idea of black women as best suited for servitude and denied their full humanity is still pervasive and dangerously in full force.