There’s a dust-up between two Hollywood directors that reveals some of the white racial frame in operation in American history and in popular culture representations of that history. 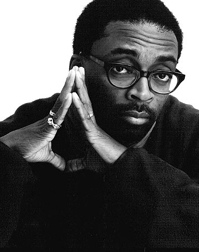 “Clint Eastwood made two films about Iwo Jima that ran for more than four hours total, and there was not one Negro actor on the screen… There’s no way I know why he did that. That was his vision, not mine. But I know it was pointed out to him and that he could have changed it. It’s not like he didn’t know.”

Clint Eastwood’s two recent films about Iwo Jima, “Letters from Iwo Jima” and “Flags of Our Fathers,” focus on the battle of Iwo Jima and the iconic flag-raising that happened on the American side of that battle. While lots of bloggers and pundits are quick to point out that Eastwood’s “Letters..” was told from a Japanese perspective on the battle and “and I’m pretty sure that they, at least, didn’t have a lot of black soldiers,” so obviously, Spike Lee is just a “controversy hog.” Hogwash. Spike Lee makes an insightful, valid point about how the white racial frame operates in Hollywood. Eastwood’s response was telling:

“Has he ever studied the history? They [African-American soldiers] didn’t raise the flag. The story is Flags of Our Fathers, the famous flag-raising picture, and they didn’t do that. If I go ahead and put an African-American actor in there, people’d go ‘This guy’s lost his mind.’ I mean, it’s not accurate. A guy like him should shut his face.”

This is a sort of classic response by an elite, white man who can only see history through a white racial lens that obscures the reality of African American soldiers’ contribution

. The fact that Eastwood chooses to tell this particular story – the raising of the flag at Iwo Jima – is a response to the white perspective on which stories are honorable, valuable and worth telling (photo credit: Wild About Movies). Eastwood chooses to re-tell a story that is primarily about whiteness. (Indeed, the one character that is not white, played by Adam Beach, is a Native American soldier who is a tragic figure that is the personification of the stereotype of a “drunk Indian,” further valorizing the white soldiers who are his comrades.) The challenge that Spike Lee is putting to Clint Eastwood here is really: flags of whose fathers? It’s so beyond Eastwood’s grasp that African Americans might have been involved in a story-worth-telling strikes him as inconceivable and he becomes nearly hysterical in his response. In a rhetorical (white) power move Eastwood – perhaps drawing on his “Dirty Harry” persona – tells Lee to “shut his face.” One can only speculate on what Eastwood meant by his use of the phrase, “a guy like him.”

Being told off by white people is not new for Spike Lee one suspects, so he responded to Eastwood’s comments. In an interview with ABC News, Spike Lee said:

“First of all, the man is not my father and we’re not on a plantation either. He’s a great director. He makes his films, I make my films. The thing about it though, I didn’t personally attack him. And a comment like ‘a guy like that should shut his face’ — come on Clint, come on. He sounds like an angry old man right there.”

This line is really the key to this controversy, and to the white racial frame, it seems to me: “He makes his films, I make my films.” Every cultural product – whether it is a film, a book, a photograph or a poem – has an author that shapes that product. The difference in our culture is that Spike Lee’s films get widely interpreted as “black films” or “African American cinema,” whereas Clint Eastwood’s films are simply “American,” or “mainstream.” And, Eastwood gets a total pass on that by the press, by cultural critics, and by other filmmakers. You know, until Spike Lee spoke up. Spike’s on solid ground when he makes this proposal to Clint:

“If he wishes, I could assemble African-American men who fought at Iwo Jima and I’d like him to tell these guys that what they did was insignificant and they did not exist,” he said. “I’m not making this up. I know history. I’m a student of history. And I know the history of Hollywood and its omission of the one million African-American men and women who contributed to World War II.”

I hope that Eastwood takes Lee up on his offer. It’s time that white Hollywood directors (and producers) move beyond the white racial frame and start creating media that more accurately reflects the tremendous diversity that is the most interesting part of American culture.