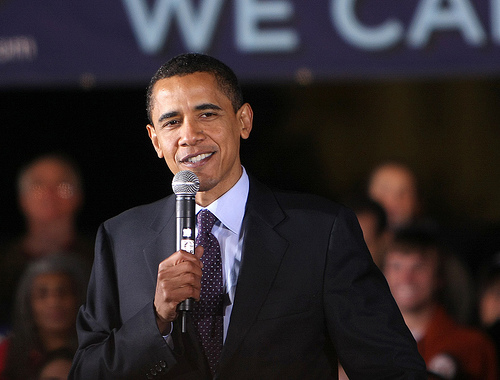 Buchanan, building on his “success” with A Brief for Whitey, addressed the polling results following the West Virginia primary a couple of nights ago on Chris Matthews’ show, “Hardball,” on MSNBC (photo from here).

Buchanan had what some are calling a “paranoid racial meltdown” (link to the video). Buchanan, in his characteristically pugilistic style, charges Chris Matthews with being racially biased against white voters in his assessment of the polling data, then Buchanan asks Matthews:

“Did you ask the same question of the 92% of Black women who voted for Barack Obama in Philadelphia?”

“Sure, they ask the same questions of everybody. These exit polls are conducted on a random basis. They are not conducted based on your ethnic profile.”

Buchanan: “I know they are.”

Matthews: “They’re based on the random nature of all polling to try to discern the truth, to find out what people are voting on.”

And, to Matthews fairly reasoned and moderately accurate explanation of random sampling, Buchanan responds with this analysis:

While Pat Buchanan racial analysis of “us” (white people) and “them” (black people) is an excellent example of the white racial frame in operation, it’s also just plain wrong, as the JedReport points out:

“But the real truth is that Pat Buchanan is completely wrong: among voters who said race was an important factor in deciding their vote, Hillary Clinton has won more votes than Barack Obama. ” [emphasis in the original]

The JedReport goes on to point out that “Among voters who said race was important in the decision, Clinton won roughly 100,000 more votes than Obama,” also a counter to Buchanan’s “us” vs. “them” tirade. I am, once again, astonished that this man has a highly-paid position as a talking head at MSNBC. I’m also quite sure that this speaks as much to my own naïveté as it does to the pervasiveness of the white racial frame.

Addendum by Joe (May 16, 2008): We can note too that Patrick Buchanan is a former U.S.  presidential candidate (several times) and has in the past asserted that “our Judeo‑Christian values are going to be preserved and our Western heritage is going to be handed down to future generations and not dumped on some landfill called multiculturalism.”[i] For him the “western heritage” here is white European, as he has made clear in another comment about immigration: “If we had to take a million immigrants in, say, Zulus next year or Englishmen, and put them in Virginia, what group would be easier to assimilate and would cause less problems for the people of Virginia? There is nothing wrong with us sitting down and arguing that issue that we are a European country, English‑speaking country.”[ii]

Again, the U.S. is envisioned as fundamentally a white European country, and Zulu immigrants, who are black Africans, are seen as much less capable of assimilating than some English immigrants. Yet, in his racist framing of the world, Buchanan neglects the fact that African Americans as a group have been in North America longer than most European American groups, and that the state of Virginia has been home to a great many African Americans longer than it has been for most white-ethnic Virginians. Certainly, Buchanan’s group, Irish Catholics, came to North America well after African Americans, who had been here for two centuries when the Irish Catholics came.